Future Diaries is a storyworld set after a collapsed global financial system in the year 2020. A mysterious group known as White Noise has introduced a cryptocurrency that leads to the birth of various clans, tribes, and structures, all of which are believed to function according to their own rules: self-reliance, circular economy, and solidarity. A global network is emerging that threatens existing power structures – economic and ideological – and touches on how choices and engagement ultimately determine the way people live and interact. We want to explore this story world in a VR series, a graphic novel and finally a game and a film.

Future Diaries shows our world in 2054, where different systems and social visions exist, both symbiotically and in competition with each other, as resources become scarcer, the world population grows, and the climate changes dramatically.

The story is told through different media and in different time periods. A VR series (10 x 15 min.) gives a glimpse into the future, where problems, challenges and new forms of social life can be experienced. We accompany Qiqi and Zelda (both 20 years old) as they learn about and explore different models of society on their odyssey, challenging users to make a decision at the end of each episode. The story begins and ends on social platforms on the web and the user can interact with our characters from the future. The Future Diaries VR / 360° series is structured as a branching narrative in which the VR glasses are an important element. Because users want to see the story, they have to construct a “time machine”. What starts as entertainment eventually becomes much more: users are contacted by the main characters of the series and are moved to question their perception of the world.

So the goal of the project is not only to tell an exciting story, but more importantly to generate a social discourse about social models and bring real people (our users) together in the real world! In April 2018, we shot our testimonial at Studiopark KinderMedienZentrum in Erfurt, Thuringia, laying the foundation for our Virtual Reality Transmedia Science Fiction series! The testimonial will be ready by the end of 2018.

Thanks to our actors and actresses Clelia Sarto, Thomas Arnold, Tara Fischer and Samuel Schneider as well as Kristina Klebe, who was the voice of our AI UTOPIA, for their great performance in front of the camera. And a big thank you to our team who is still working on finishing the testimonial! Thank you for your hard (and hearty) work, patience, and vision! Without you, UTOPIA could not be born! The interactive graphic novel Future Diaries is part of the Future Diaries universe and focuses on the three founding members of White Noise: Linda, Chris and Selim. These three protagonists meet at a Burning Man festival before founding a community together and inventing the UTOPIA algorithm. Linda, a programming specialist, Chris, a very young Bitcoin user, and Selim, a Kurdish-Syrian soldier and former farmer, are all in their early 20s and breaking with their former lives for different reasons.

In addition to the compelling story of Linda, Selim, and Chris, the graphic novel will be a tool to talk at length and with gusto about the underlying concepts that led to the creation of UTOPIA. These are cryptocurrencies, more specifically blockchain technology, circular economy and holocracy, the art of not leaving digital footprints, and other ninja skills. All of these concepts will most likely gain traction in the coming years. However, none of these theories are intuitive or natural, as their underlying concepts are quite complex. This is where the interactivity of the graphic novel comes in: we want to use VR and AR to make these concepts intuitive and understandable for everyone – closely linked to the story of our three heroes. 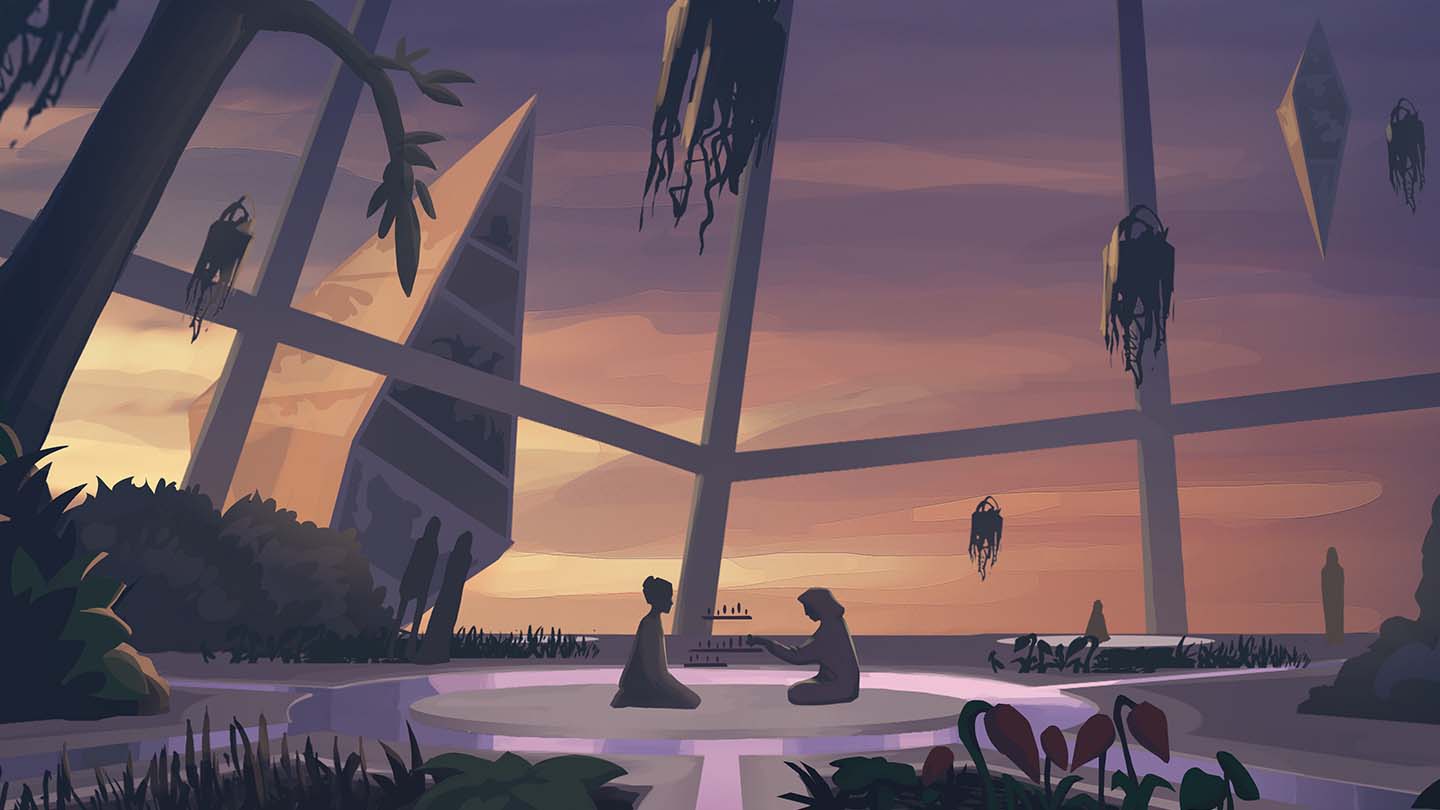 After developing the complete storyworld, we are now producing a testimonial for a VR series (10 x 15 min.) with Suddenlife Gaming Elements. Via social media, users learn about the fictional cryptocurrency and artificial intelligence UTOPIA, which has come to us from the year 2054. With the help of the “Time Machine” – VR glasses that can be “constructed” with a cell phone – we can see into the future. In addition to the VR series, which will offer us glimpses of sensitive historical eras in the future, another interwoven storytelling layer will function primarily through social media. In this way, users will get to know the protagonists from the future as young people in the present. The testimonial now in production gives an impression of the features described above – including social media elements, an Internet portal and a twelve-minute VR experience.